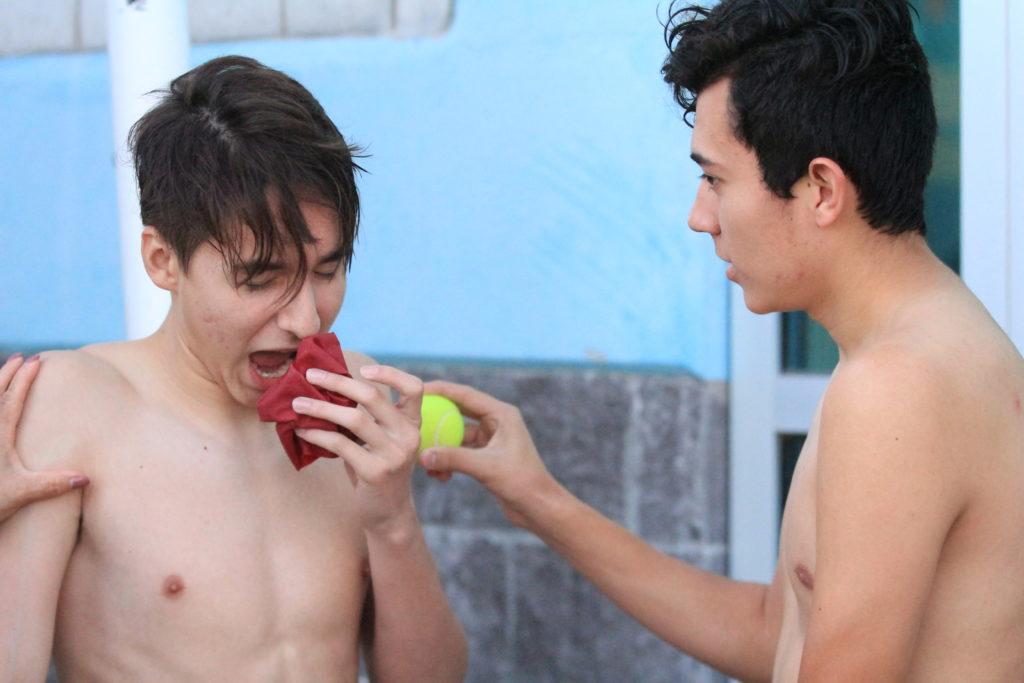 With the Football season coming to an end, and basketball beginning to take the spotlight, our El Dorado swim team established them as a force to be reckoned with at the first and second meets of the season.

Taking place at Marty Robbins swimming pool, senior captain Rafael Villanueva isn’t sure what to expect from the other schools this season, but nerves are no problems, as he’s prepared for anything they throw his way.

“Every year is different from the last one because you never know what’s going to happen,” Villanueva said. “So all we do is keep preparing and getting ready for regionals.”

All the hard work paid off as Villanueva was able to finish third overall in the first meet of the season, however, he wasn’t able to compete in one event because of a couple injuries sustained by a member of the relay prior to the race.

Junior Roberto Rovelo sustained an injury in both of his arms. As the race drew closer and closer, the team made the decision to drop out of that race to protect their fellow swimmers from further injury.

“It made me feel like I let my team down, they expected me to perform and I didn’t feel like I lived up to their expectation,” Rovelo said. “They want to make it to regionals and I want to help them get there.”

Thankfully Rovelo didn’t acquire any injuries that were critical and he is ready to come back stronger than ever to help the team accomplish their goal of making regionals.

The next swim meet will take place on Nov. 4-5 at the Cathedral-Loretto Invitational.