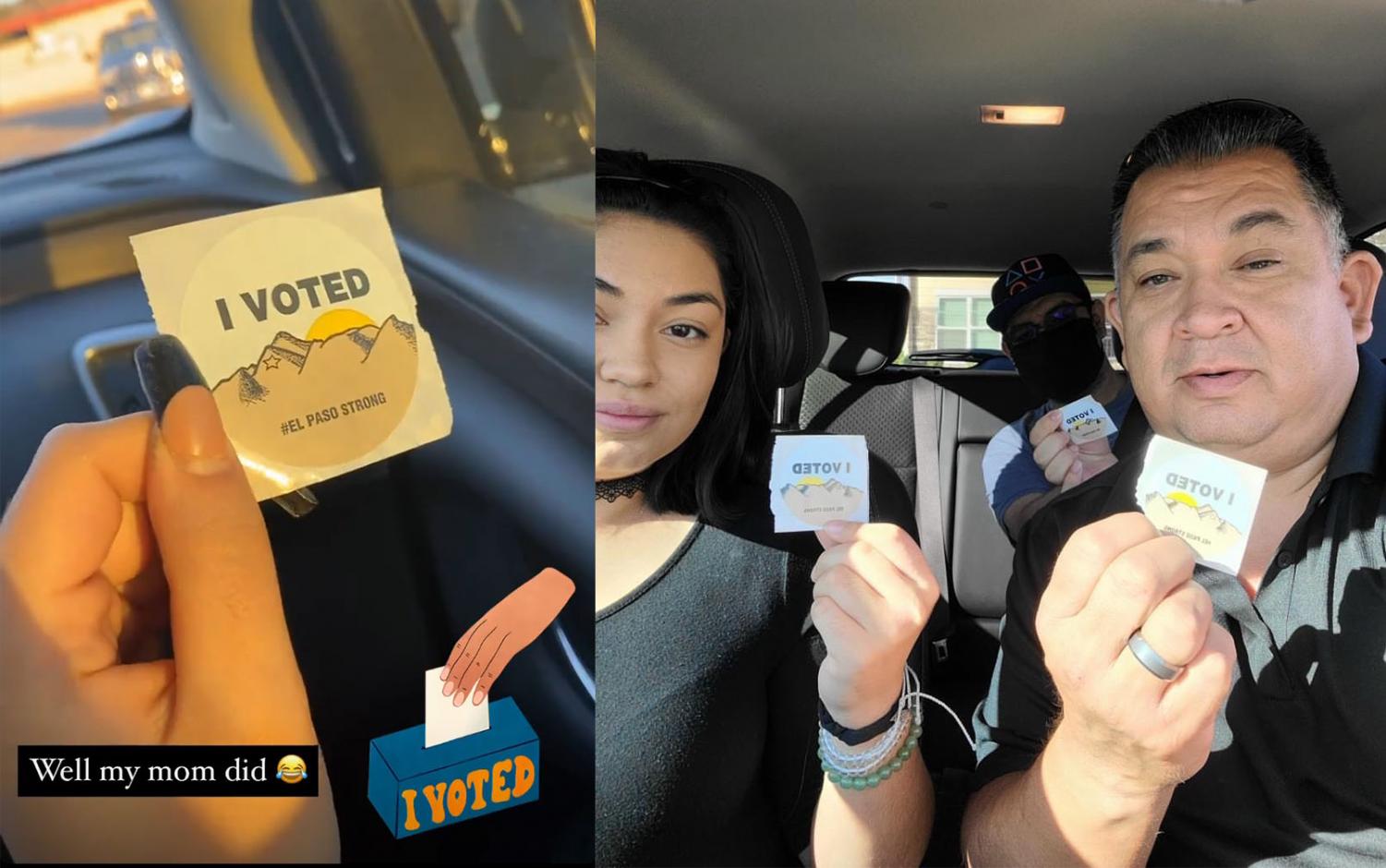 Students share their thoughts on historic 2020 presidential election and candidates

As people cast their final vote Nov. 3, students wait anxiously for the results. Even though most high school students are not able to vote, many have closely followed the election and researched the candidates that could be chosen to lead their country.

Elections may come with many controversies, but each person makes their decision, whether it be consciously, if they can’t vote, or physically, by casting their ballot for issues that matter to them and could impact their future.

For many teenagers, including junior Jackie Moreno, human rights for minority groups is high on the list of important issues. According to Moreno, affordable higher education is also a critical topic.

“This election will affect me in how I will be paying for college. When picking a candidate, I look into how they feel about racism, women’s rights, LGBTQ+ rights and just any other basic human right,” Moreno said. “That’s why I believe [former vice president Joe] Biden should win the election. He has proven to us that he has a plan on how to run our country and to fix many problems in America.”

“That’s why I believe [former vice president Joe] Biden should win the election. He has proven to us that he has a plan on how to run our country and to fix many problems in America.”

Students like junior Caleb Enchinton take a candidate’s history of leadership into account when predicting how the next term will unfold. Enchinton’s personal experience with his tía and her citizenship process makes him a supporter of President Donald Trump.

“I think Donald J. Trump should win the presidency because of his policies and the things he’s accomplished. He’s boosted the economy and made more jobs,”  Enchinton said. “My tía was on a waiting list for 18 years to become an American citizen and when Trump got elected and changed up the process, she became a citizen eight months into his presidency. The media fills lies into people’s minds to make them think he is racist and he’s not. Fully educated people about Trump know he’s not either.”

Students who have recently migrated to the U.S. have also educated themselves on the best candidate for them based on the issues they have observed during their time in the country.

“If I am being honest, being a foreigner, I am still not 100 percent familiarized with the American election system. However, many of my peers feel like they are not represented by one candidate or the other,” junior Rafael Oliveira said. “Donald Trump’s ideas and plans only appeal to a part of the population — the wealthy. I am not a Joe Biden supporter by any means, but between him and Donald Trump, it is clear who I would be better represented by because I feel like Biden represents the population as a whole, not only the American population.”

The quest for reliable and objective media is one topic that has frustrated students like junior Brandon Orozco who believes that Trump has been unfairly portrayed.

“I think Donald J. Trump should win the presidency because of his policies and the things he’s accomplished. He’s boosted the economy and made more jobs.”

“Trump is good on the economy. He has a heavy hand on illegal immigration, supports the police and believes in an unbiased media,” Orozco said.  “One misconception about Trump is that he’s ‘anti-everyone, but white males,’ when he’s done a lot of good for Hispanics and Black [people].”

Government teacher Charles Melin is one of many educators who encourage students to do their research on candidates and remind them to vote if they can, as it is a crucial part of the American electoral process.

“I think students that cannot vote, can and should educate themselves as they live in this country and can share their concerns about what is going on,” Melin said. “Voting is just one aspect of civic engagement and a democracy means hearing and adhering to the voice of the people,” Government teacher Charles Melin said.

Junior Juliet Hernandez is not able to vote yet, but still thinks it is important to share her opinion through social media, potentially affecting others who can vote. This mindset allows these students to stay up-to-date on information to understand their country and future leaders better.

“I think we should all be educated in politics because then you are more aware and woke of what goes on in our country with everyone in it, including what they go through and have gone through,” Hernandez said.

As tensions on social media rise due to a diversity of opinions, some students, like junior Aaron Capron, feel that teens shouldn’t favor a certain candidate because they don’t have the ability to vote yet.

“I’m not a ‘Trumpie’ or a ‘Biden lover’ and I don’t affiliate with either or any political parties for that matter,” Capron said. “I have done my research, and frankly, I don’t have a preference for either. Both have their pros and cons, and I favor neither.”

Election years bring out the various views people have, but ultimately voters are expected to have the best interests of the country on their minds as they cast their ballot. According to Melin, his job is to instill the responsibility to vote in his students.

“In my class, I focus on the power that voting holds. I explain the process and I keep pestering them about getting to the polls if they can vote,” Melin said. “I think as long as we focus on letting the people voice their concerns, our system can be effective.”